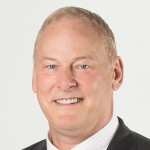 Mr. Marvin’s professional career began as a graduate engineer on the docks of Electric Boat Naval Shipyard. Ten years into his career, Mr. Marvin transitioned from construction to real estate. He earned a bachelor degree in civil engineering from the University of Vermont, an MBA from Rensselaer Polytechnic Institute and a master’s of science degree in real estate from Massachusetts Institute of Technology. He is a licensed Professional Engineer and is active on several civic boards, including the Atlanta Rotary Club, the Central Atlanta Progress Executive Board, Atlanta Downtown Improvement District Board, Chair of ADID Interagency Law Enforcement Task Force, the Atlanta Convention and Visitors Bureau Board, President of the Atlanta Hospitality Alliance, and Founder/Chairman of the Centennial Park District®. 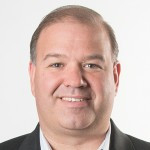 Mr. Bullock has over fifteen year’s of experience in the restaurant industry working with high-volume, industry-leading companies. He began his career in 1995 with Houston’s restaurants in Atlanta. After being promoted to General Manager, Mr. Bullock operated stores in both New Orleans and Houston. In 2000 Mr. Bullock left Houston’s to become Vice President of Operations for Border Cafe Restaurants. In 2007 Mr. Bullock joined Bricktop’s Restaurant Company. Bricktop’s was founded by the original Houston’s co-founder Joe Ledbetter and industry veteran Tom Brunnberg. Mr. Bullock earned his Associate’s degree in Culinary Arts from Johnson and Wales University and his Bachelor’s degree in Hotel and Restaurant Management from the University of Massachusetts at Amherst and is an active member of the Georgia Restaurant Association Board. 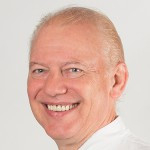 Chef Blobaum comes to Legacy most recently from The Liberty House Restaurant Corporation where he served as corporate chef to Bone’s, Blue Ridge Grill and OK Café. Chef Blobaum’s passion for producing creative dishes began at an early age in his native Iowa where he learned to experience and appreciate the benefits of organic farming and agricultural sustainability firsthand. Educated at the Culinary Institute of America in Hyde Park, N.Y., Chef Blobaum has enjoyed a coast-to-coast career. The classically French trained chef enjoys combining classic regional fare with fresh flavors of locally and garden-grown ingredients. 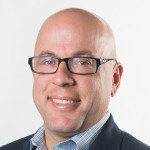 Jeff Sime joined Legacy Restaurant Partners in late 2013 as the vice president of operations and oversees the day-to-day operations of all Legacy Restaurants. Sime is an industry veteran with more than 20 years of experience in every aspect of restaurant operations, from site selection and menu development to training and strategic growth. He holds a bachelor’s degree in both hospitality administration and marketing from Florida State University.